Marudur Gopalan Ramachandran (17 January 1917 – 24 December 1987), popularly known as M.G.R., was an Indian actor, filmmaker and politician who served as Chief Minister of Tamil Nadu for ten years between 1977 and 1987. MGR is a cultural icon in the Indian state of Tamil Nadu, and he is regarded as one of the most influential actors of the Tamil film industry. He was popularly known as “Makkal Thilagam” (People’s King) as he was popular with the masses.

In his youth, MGR and his elder brother M. G. Chakrapani became members of a drama troupe to support their family. Influenced by Gandhian ideals, MGR joined the Indian National Congress. After a few years of acting in plays, he made his film debut in the 1936 film Sathi Leelavathi in a supporting role. By the late 1940s, he graduated to lead roles and for the next three decades dominated the Tamil film industry. He became a member of the C. N. Annadurai-led Dravida Munnetra Kazhagam (DMK party) and rapidly rose through its ranks, using his enormous popularity as a film star to build a large political base. In 1972, three years after Annadurai’s death, he left the DMK, now led by Karunanidhi, MGR’s once friend and now rival, to form his own party—the All India Anna Dravida Munnetra Kazhagam (AIADMK). Five years later, he steered an AIADMK-led alliance to victory in the 1977 election, routing the DMK in the process. He became Chief Minister of Tamil Nadu, the first film actor to become a chief minister in India. Except for a six-month interregnum in 1980, when his government was overthrown by the Union government, he remained as chief minister till his death in 1987, leading the AIADMK to two more electoral triumphs in 1980 and 1984.

M.G.R’s autobiography “Naan Yaen Piranthaen” (Why I was born) was published in 2003 in two volumes.

M.G.R. was born in Kandy, Sri Lanka, to a Hindu Malayali family of Melakkath Gopala Menon and Maruthur Satyabhama from Palakkad, in the modern-day state of Kerala. M.G.R’s father was excommunicated for having relationship with a Nambudiri widow. He met M.G.R’s mother in Palakad after the excommunication from Irinjalakuda. The family was an inter-caste one, since Satyabhama was an Ezhava and Gopala Menon was a Nair. Both of them left Kerala for Sri Lanka where M.G.R was born. Maruthur or Marudur is his maternal family name, while Melakkath is his paternal family name.

In his early days, M.G.R. was a devout Hindu and a devotee of Lord Sri Murugan, and his mother’s favourite god Lord Sri Guruvayurappan. Later, when he joined the DMK, a pro-rationalist party, he publicly followed the rationalist ideology, though not appearing very aggressively atheistic. In later days, after he founded his own party following his expulsion from the DMK, he seems to have shown some leaning towards the religious faith he originally showed. He had asked his followers to pray for the success of his AIADMK party.

M.G.R’s first marriage was to Chitarikulam Bargavi, also known as Thangamani, who died early due to an illness. He later married for the second time, to Satyanandavati, who also died soon after marriage due to tuberculosis. In 1965, M.G.R. married for the third time, this time to V. N. Janaki a former Tamil film actress. Janaki divorced her husband, Ganapathy, to marry M.G.R.

Ramachandran made his film debut in 1936, in the film Sathi Leelavathi, directed by Ellis Dungan, an American-born film director. Generally starring in romance or action films, MGR got his big breakthrough in the 1950 film Manthiri Kumari, written by M. Karunanidhi. Soon he rose to popularity with the 1954 film Malaikkallan. He acted as hero in the Tamil film industry’s first ever Gevacolor movie, the 1955 Alibabavum 40 Thirudargalum. He rose to become the heartthrob of millions of Tamilians with movies such as Thirudadhe, Enga Veettu Pillai, Aayirathil Oruvan, Anbe Vaa, Mahadevi, Panam Padaithavan, Ulagam Sutrum Vaalibhan, etc. He won the National Film Award for Best Actor for the film Rickshawkaran in 1972. He acted in many movies that appealed to the direct sentiments of the common man and the rich as well. His 1973 blockbuster Ulagam Sutrum Vaalibhan broke the previous box office records of his movies. It was one of the few movies filmed abroad in those days. It was shot in Singapore, Malaysia, Thailand, Hong Kong and Japan. The DMK tried very hard to illegally prevent the screening of the film using strong-arm tactics, but ultimately failed in its attempt. His acting career ended in 1987 with his last film Ullagam Suthi Paru, in which he acted even though he had been diagnosed with kidney failure. 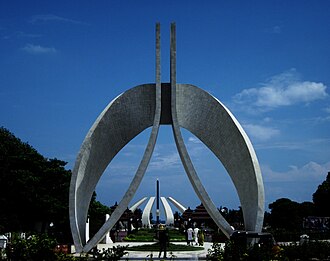 In October 1984, MGR was diagnosed with kidney failure, which was further complicated by diabetes, a mild heart attack and a massive stroke. He was rushed to the Downstate Medical Center, Brooklyn, United States for treatment, undergoing a kidney transplant. He returned to Chennai on 4 February 1985. He was sworn in as chief minister of Tamil Nadu for the third consecutive term on 10 February 1985. The next 2 years and 10 months were spent in frequent trips to the United States for treatment.

MGR never fully recovered from his illness and died on 24 December 1987 at 3:30 am in his Ramavaram Gardens residence in Manapakkam after his prolonged illness. He was almost 71. His death sparked off a frenzy of looting and rioting all over the state. Shops, cinemas, buses and other public and private property became the target of violence let loose. The police had to resort issuing shoot-at-sight orders. Schools and colleges immediately announced the holidays till the situation came in control. The violence during the funeral alone left 29 people dead and 47 police personnel badly wounded.

This state of affairs continued for almost a month across Tamil Nadu. Around one million people followed his remains, around 30 followers committed suicide and people had their heads tonsured. After his death, his political party, the All India Anna Dravida Munnetra Kazhagam, split between his wife Janaki Ramachandran and J. Jayalalithaa; they merged in 1988.

In 1989 Dr. M. G. R. Home and Higher Secondary School for the Speech and Hearing Impaired was established at the erstwhile residence MGR Gardens, Ramavaram, in accordance with his last will & testament written in January 1987. His official residence at 27, Arcot Street, T. Nagar is now M.G.R. Memorial House and is open for public viewing. His film studio, Sathya Studios, has been converted into a women’s college.